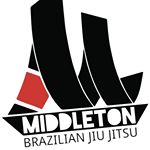 There are many forms of close quarter grappling martial arts, however Brazilian Jiu Jitsu (BJJ) is amongst the very finest.

BJJ promotes and effectively utilizes technique and leverage by applying joint-locks and choke holds to defeat much larger opponents.

"Brazilian Jiu-Jitsu is for the protection of the individual: the older man, the weak, the child, the lady, the young woman or anyone who doesn't have the physical attributes to defend themselves. ... Helio Gracie

Middleton Martial Arts Academy teaches BJJ and although it is a very effective martial art it is also a relatively safe one to participate in. We like to teach in a friendly and welcoming environment and always remember that everyone has had to start as a beginner, so as a club we take great pride in understanding this by all helping each other.

There are many benefits to training Brazilian Jiu Jitsu some of which are...

Head BJJ coach John Barlow has been involved in Martial Arts such as Judo, Muay Thai, MMA and BJJ for around 30 years but has been focusing solely on BJJ since 2009 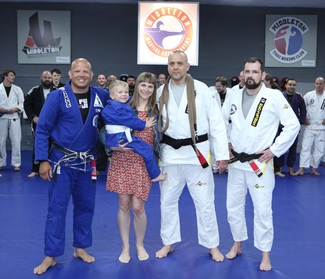 Middleton Brazilian Jiu jitsu has produced over 20 Blue, Purple and Brown belts most of whom are still involved in the club actively helping new and white belt students and although we don't profess to be the biggest club in the North West we do take pride in what our small and friendly club has to offer.

For further information on BJJ feel free to Contact